Walter Bagehot was one of the most famous 19th-century British journalists and essayists, whose major works refer to government, economics, and literature. This is the first out of nine volumes with his most important writings, this one containing:
Memoir
To The Roman Catholic Church
Second Memoir
Letters On The French Coup D’état Of 1851
Oxford
Hartley Coleridge
Shakespeare – The Man
Bishop Butler 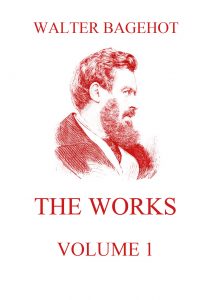