Chesterton wrote several hundred poems. This book features the most prominent of them, divided into the following sections: 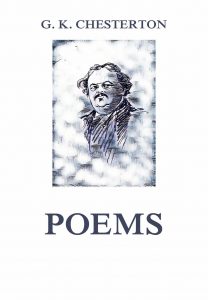