The conception of this book is admirable, and it embodies in a most impressive manner a thought, or rather a sentiment, which is not new, but which is widespread and strong, and which has never before been born into flesh and blood. The existence of such a noble soul and such noble beauty as Joan Lowrie’s, in a condition of life so low and so coarsening as that of a Lancashire coal-pit girl, has doubtless occurred to other minds as among the possibilities; but it has been reserved for Mrs. Burnett to show us the workings of such a woman’s soul, to make us feel the influence of such a woman’s beauty, to develop her before us by varied influences into a thoughtful, gentle woman, to let us see her love for a man so much above her that she deems herself hardly fit to speak to him grow into the one absorbing passion of her life, which she yet sacrifices in mute agony rather than put him to shame. 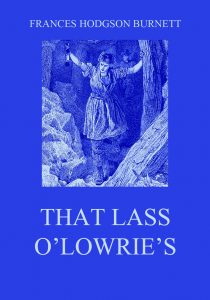