‘ Haworth’s’ is a product of genius of a very high order, a piece of work which will hold a permanent place in literature; one of those masterly performances that rise wholly above the plane of light literature upon which novels are generally placed.”—- Evening Post.
“It is but faint praise to speak of ‘Haworth’s’ as merely a good novel. It is one of the few great novels. . . . As a story it is alive throughout with a thrilling interest which does not flat; from beginning to end, and, besides the story, there is in it a wonderfully clever study of human nature.”—Hartford Courant.
”’ Haworth’s’ will unquestionably be acknowledged one of the great literary achievements of the day. The chief feature is its intense dramatic power. It consists almost wholly of vividly-presented pictures, which so impress themselves on the mind of the reader, that the effect is more that of seeing the story acted than of reading it.”—Boston Post. 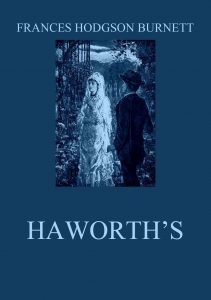