The British Campaign in France and Flanders Volume 1

This is volume one out of six, covering the outbreak of the war up to the winter of 1914. 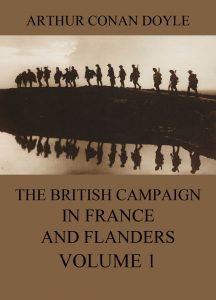 The British Campaign in France and Flanders Volume 1

The British Campaign in France and Flanders Volume 1.