This book contains nine essays upon different phases of the world-drama which has made Conan Doyle’s lifetime memorable. He himself thought them unworthy of republication, were it not that at such a time every smallest thing which may help to clear up a doubt, to elucidate the justice of the British cause, or to accentuate the desperate need of national effort, should be thrown into the scale. Included are:

I. The Causes of the War
II. The World-War Conspiracy
III. The Devil’s Doctrine
IV. The Great German Plot
V. The “Contemptible Little Army”
VI. A Policy of Murder
VII. Madness
VIII. Great Britain and the Next War
IX. Afterthoughts 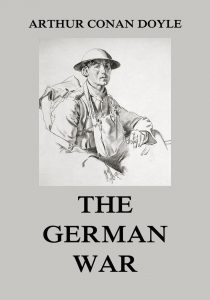