Arthur Conan Doyle states the case against himself with entire fairness in the preface to his “The Great Boer War.” He wrote the volume partly in England and partly on the steamer in passage, finishing it in Bloemfontein while professionally engaged during the epidemic among the wounded soldiers there. “Often,” he says, “the only documents which I had to consult were the wounded officers and men who were under our care.” Elsewhere he speaks of the volume being “compiled with as much accuracy as is attainable at this date.” But the history, such as it is, has commanded the highest praise in England, and it seems to be designed exclusively for British consumption. Dr. Doyle means to be impartial, and there are frequent evidences of his efforts to that end. He brings to the book, too, a personal knowledge of the South African landscape and general geography, in addition to his well known skill as a writer. 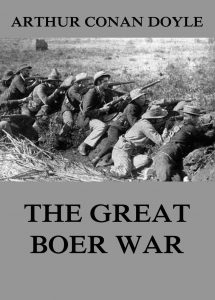