The Club of Queer Trades

A collection of a half-dozen stories. Only those persons who have contrived some unusual means of earning a livelihood are eligible for membership in the Club of Queer Trades. One member of this club undertakes to fit every one with a suitable romance; another tries to organise repartee, and to promote table talk and drawing-room conversation, etc.. In depicting the extraordinary adventures and unheard of occupations of this original band, Mr. Chesterton has given us fiction of a highly entertaining type. 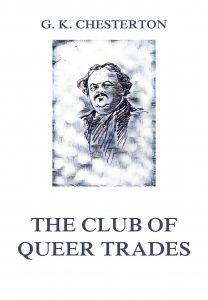 The Club of Queer Trades

The Club of Queer Trades.