In this novel, Mrs. Shelley sets out with the somewhat startling statement of her firm belief that Perkin Warbeck was in reality the lost Duke of York. She is of opinion, that it is impossible for anyone to examine the records in the Tower without arriving at the same conclusion; and sometimes even in the course of the story, we think she overlooks the resemblance of the romance in her eagerness to impress upon the reader her own peculiar view of the historical fact. The various adventures of the unfortunate Perkin, (or the young Prince, as she will have it,) from his escape out of the Tower in childhood to the termination of his career upon the scaffold, form the subject-matter of the work.

The characters are skillfully portrayed, and well contrasted with each other, while the descriptions are full, clear, and powerful. Throughout, indeed, the book is written with great energy, both of thought and expression, as well as with all that feminine delicacy of feeling and perception which throws such a peculiar charm over the actions penned by an accomplished woman. 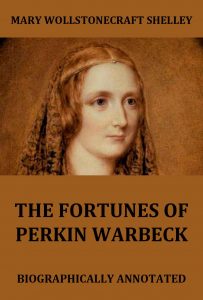 The Fortunes Of Perkin Warbeck.