“The Head of the House of Coombe” deals with London before the Great War, and the best drawn character in it is Mrs. Gareth-Lawless, a beautiful but heartless woman. To read of her is to realize the wonderful power personal beauty wields, no matter what the handicap as regards lack of intelligence. The heroine is her daughter, so neglected as a child that until she is six she has never been kissed. Living in dismal upper rooms in a small London house, she knows her mother only as “The Lady Downstairs”. Lord Coombe, from whom the book takes its name, is a rather theatrical character, known all over Europe for his good clothes, his fine breeding, and his vices; but it is to him that Robin Gareth-Lawless, all unwittingly, owes her education, the companionship of two women who love her, an escape from her dull existence, and even more than that, for Lord Coombe rescues her from a great and real danger. 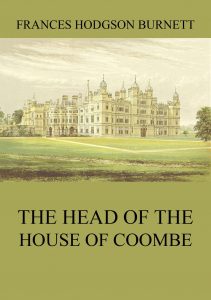 The Head of the House of Coombe.