The Life of Walter Bagehot

Mrs. Emily Barrington was the daughter of James Wilson MP, Liberal politician and founder of The Economist, and sister of Eliza Wilson, who married Walter Bagehot. Her intimate biography is one of the best ever written about the English economist, journalist and prolific author on government and finance. 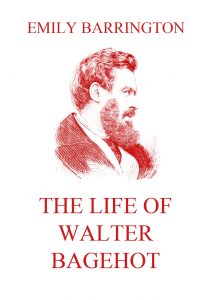 The Life of Walter Bagehot

The Life of Walter Bagehot.