The Man Who Was Thursday

The Man Who Was Thursday – Gilbert Keith Chesterton

Mr. Chesterton is such a past-master in sophistries and casuistry, such a juggler of paradoxes, such an adept in the arts whereby the brilliant and quick-witted pull the wool over the eyes of their less gifted brethren, that he can give full and serious credibility to his tale of the astounding adventures of the detective who was admitted into the innermost circle of anarchists. It is the poetic anarchist, with hair like a Madonna’s and the face of a prize-fighter, who tries (unsuccessfully) to become Thursday. 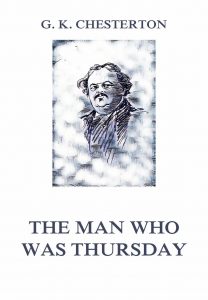 The Man Who Was Thursday

The Man Who Was Thursday.