Cicero is considered one of Rome’s greatest orators and prose stylists. His works rank among the most influential in European culture, and today still constitute one of the most important bodies of primary material for the writing and revision of Roman history. This is volume one out of four with his brilliant orations. 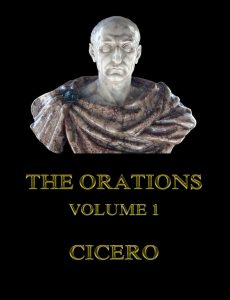