The Principles of Masonic Law

The laws which govern the Institution of Freemasonry are of two kinds, unwritten and written, and may in a manner be compared with the “lex non scripta,” or common law, and the “lex scripta,” or statute law of English and American jurists. This book explains both kinds and provides deep insights on the ways masonic lives happen or don’t happen. 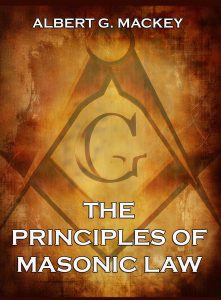 The Principles of Masonic Law

The Principles of Masonic Law.