This is a tale of life beneath the sea, of mermaids and sea serpents and other strange inhabitants of the ocean depths. A little girl named Trot and Cap’n Bill, an old sailor, are invited by several mermaids to come and visit their under-water home. Baum wrote this story in the hope of interesting his readers in something other than Oz; in the preface he writes: “I hope my readers who have so long followed Dorothy’s adventures in the Land of Oz will be interested in Trot’s equally strange experiences.” Of course, he did not succeed in distracting his fans from Oz, yet the book was eagerly read; the result of this attempt was that he was forced to introduce Trot and Cap’n Bill into the later Oz stories. 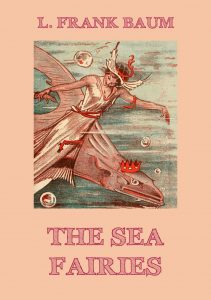