First and foremost, always and forever, among tales for children come the fairy tales. What were childhood without the fairy tale? That child who has never wandered through the magic gardens of Fairyland is unfortunate indeed. But that child does not exist, for the mind and heart of every child, even all unaided, will make for itself a fairyland out of anything and nothing. But the art of writing fairy tales seems to be another thing that has vanished with the vanished childhood of the race. The best fairy tales are always the old ones, stories that were never really written, but just grew in the telling as they passed down through generations of fireside evenings. They were told or enjoyed by grown men and women in an earlier, more naive age, and they never lose their appeal to the child in us as to the children around us now. As to new fairy stories, well, Mr. Andrew Lang, the untiring editor, who makes it possible to unearth new-old stories every year and dress them out in a new colour of raiment for the Christmas tree, says some very unkind things of them in his latest offering, The Lilac Fairy Book . “The three hundred and sixty-five authors who try to write new fairy tales are very tiresome,” he says. “Their fairies try to be funny and fail, or they try to preach and succeed. Real fairies never preach or talk slang-nobody can write a new fairy tale; the thing is impossible.” The tenor of Mr. Lang’s reproach of modern writers of fairy tales is that they attempt to write just for children and therefore fail. Possibly he may be right! But we will forgive him his feeling against the writers who prefer to write rather than to edit, for the sake of the fine new-old stories he has found for us here. It is really astonishing how Mr. Lang goes on unearthing so many new stories-new-old is what we mean- every year. Some of the stories in this new book have come from Ireland, some from the Highlands of Scotland, some from wild Wales. 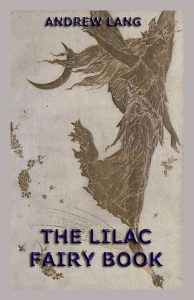