The Secret Door To Success

Florence Scovel Shinn was a New Thought spiritual teacher and metaphysical writer. In “The Secret Door To Success” she shows the easy path to prosperity and wealth by teaching how to conquer your own and personal inside Jericho. This edition includes – as a special bonus – another one of her publications called “Your Word Is Your Wand”. 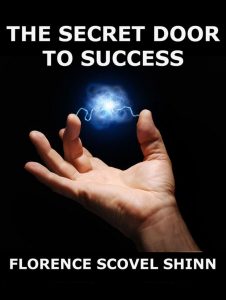 The Secret Door To Success

The Secret Door To Success.