Thomas Hardy was an English novelist and poet and a Victorian realist in the tradition of George Eliot. His novels and his short storiies were widely influenced by Romanticism. This edition, here volume two out of two, includes his best short stories as well as a detailed biographical annotation. In this book you will find stories like:

A Tradition Of Eighteen Hundred And Four
A Few Crusted Characters
Tony Kytes, The Arch-Deceiver
The History Of The Hardcomes
The Superstitious Man’s Story
Andrey Satchel And The Parson And Clerk
Old Andrey’s Experience As A Musician
Absent-Mindedness In A Parish Choir
The Winters And The Palmleys
Incident In The Life Of Mr. George Crookhill
Netty Sargent’s Copyhold
… and many more … 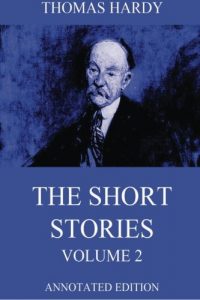