Thomas Hardy was an English novelist and poet and a Victorian realist in the tradition of George Eliot. His novels and his short storiies were widely influenced by Romanticism. This edition, here volume one out of two, includes his best short stories as well as a detailed biographical annotation. In this book you will find stories like:

A Changed Man
The Waiting Supper
Alicia’s Diary
The Grave By The Handpost
Enter A Dragoon
A Tryst At An Ancient Earth Work
What The Shepherd Saw
A Committee-Man Of ‘The Terror’
Master John Horseleigh, Knight
The Duke’s Reappearance
… and many more … 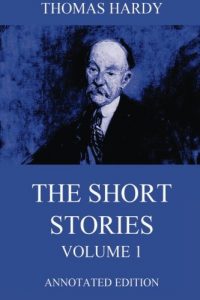