Mr. Chesterton was unquestionably one of the most brilliant essayists of his days. He is startingly original, for his ideas are always in opposition to those commonly held; but no matter how unheard of and startling his hypotheses, he can back them up with subtle arguments, flashes of humor, and sheer cleverness until the reader is wholly fascinated. 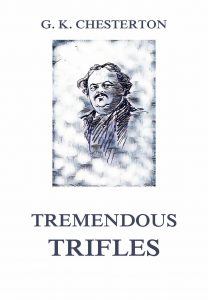