As far as sheer cleverness goes, Mr. Chesterton Has attracted considerable attention in England. He was a thinker of some power, he had the gift of clear expression, and what he says was not merely readable but stimulating. In ‘Twelve Types’ he passes judgment successively upon the likes as Savonarola and Scott, St. Francis and Tolstoy, all with the same air of infallibility. Boldness, however, is so rare among the writers of today, that Mr. Chesterton’s very recklessness has won him favor among English critics. 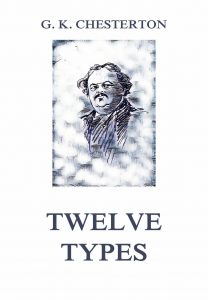