In “Two Little Pilgrims’ Progress ” Mrs. Burnett is at her best. It is the story of two children — a little boy and girl — brought up on a Western farm, where they have been neglected by their aunt with whom they live, and who find their chief happiness in reading Bunyan’s “Pilgrim’s Progress ” in a corner of the barn. Just then they hear of what must have been a glimpse of fairyland to so many Western children, the White City of the Chicago Exhibition, and they make up their minds to take their small savings and go to see the wonder. This is their pilgrims’ progress, and their adventures, which in the end result most happily, are told by Mrs. Burnett in her well-known delightful manner. A book that has the potential to rival even “Fauntleroy ” in popularity. 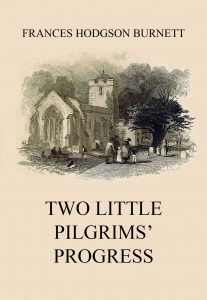