Valperga, published in 1823, the year after Percy Bysshe Shelley’s death is a romance of the 14th century in Italy, during the height of the struggle between the Guelphs and the Ghibellines, when each state and almost each town was at war with the other ; a condition of things which lends itself to romance. Mary Shelley’s intimate acquaintance with Italy and Italians gives her the necessary knowledge to write on this subject. Her zealous Italian studies came to her aid, and her love of nature give life and vitality to the scene. Valperga, the ancestral castle home of Euthanasia, a Florentine lady of the Guelph faction, is most picturesquely described, on its ledge of projecting rock, overlooking the plain of Lucca; the dependent peasants around happy under the protection of their good Signora. That this beautiful and high-minded lady should be affianced to a Ghibelline leader is a natural combination ; but when her lover Castruccio, prince of Lucca, carries his political enthusiasm the length of making war on her native city of Florence, whose Republican greatness and love of art are happily described, Euthanasia cannot let love stand in the way of duty and gratitude to all those dearest to her …………… 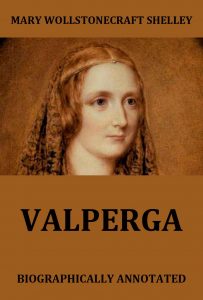 Valperga – The Life And Adventures Of Castruccio, Prince Of Lucca.