Frankenstein, a Swiss student at the university of Ingolstadt, is led by a peculiar enthusiasm to study the structure of the human frame, and to attempt to follow to its recondite sources the stream of animated being.’ In examining the causes of life, he informs us, antithetically, that he had first recourse to death. — He became acquainted with anatomy; but that was not all; he traced through vaults and charnel houses the decay and corruption of the human body, and whilst engaged in this agreeable pursuit, examining and analyzing the minutiae of mortality, and the phenomena of the change from life to death and from death to life, a sudden light broke in upon him … 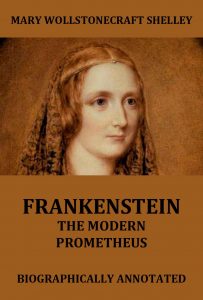