At the Foot of the Rainbow

At the Foot of the Rainbow – Gene Stratton-Porter

Mrs. Gene Stratton-Porter has carried out this idea and really unearthed a “Crock of Gold” for the lover of the beautiful in fiction. It is a charming tale of the two greatest things in the world, Love and Friendship, with delicate pen pictures of “God’s Country” interwoven. The touch of nature that makes the whole world kin was never better exemplified than in this story of Dannie, Jimmy and Mary, who lived and loved by the banks of the Wabash. A book to be thankful for and to remember all one’s life. 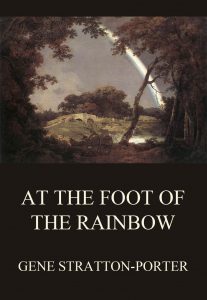 At the Foot of the Rainbow

At the Foot of the Rainbow.