Beaumaroy Home from the Wars

The scene of this story of mystery and romance is laid in the little town of Inkston, near London, shortly after the world war. Interest centers in three characters: the “puzzling unaccounted-for Mr Beaumaroy,” recently of the British army overseas, now companion to an eccentric old man; the old man himself, Aloyslus William Saffron, lonely and crazed by the war, who lives in Tower cottage; and Dr Mary Arkroyd, who attends Mr Saffron in his last illness and who changes her mind about Hector Beaumaroy. 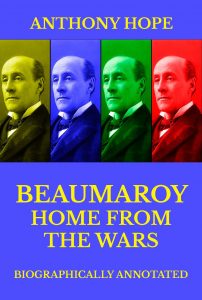 Beaumaroy Home from the Wars

Beaumaroy Home from the Wars.