This new story is in the author’s most finished and delicate style. The gallant Captain is a French soldier of fortune, and the surprising adventures into which he is projected, by his choice of a night’s lodging in the Castle of Fieramondi, form the basis of a characteristically ingenious and interesting tale. 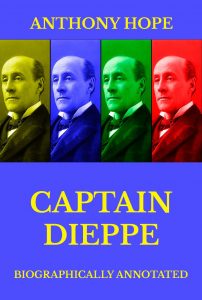