Everything is ready for the fashionable London wedding of the heroine and the son of a famous old diplomat. But the bride has simply disappeared. Circumstantial evidence points to the fact that an Italian is connected with the girl’s disappearance. The outbreak of war just at this time postpones the chase for years.

This novel by the author of “The Prisoner of Zenda” and “Dolly Dialogues” is much more closely related to reality in life and character than most other books. One feels that Mr. Hope is now writing to please his own ideals of the art of fiction rather than to amuse the crowd. 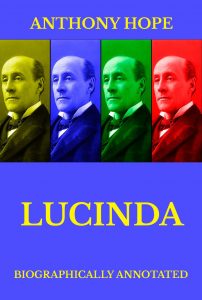