A study of modern marriage as it exists in modern London life especially. Three couples are closely described, and the author writes in the most uncompromising English and discusses some of the most intricate problems of “double harness.” Uncontrollable temper, increasing idealism, love of pleasure, consideration of worldly status, claims of children, sympathetic friendships, etc., etc., are a few of the problems that are finally solved into a good story 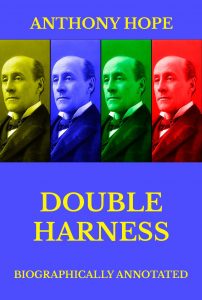