Of Bacon’s literary, as distinct from his philosophical and professional, works, far the most popular and important are the ‘Essays.’ But it may not be superfluous to remark that the ‘Essays’ are the most original of all Bacon’s works, those which, in detail, he seems to have thought out most completely for himself, apart from books and collections of commonplaces. Though the ‘Essays’ have the same title as the larger collection of Montaigne, the two works have little in common, except their rare power of exciting interest and the unmistakable mark of genius which is impressed on them both. 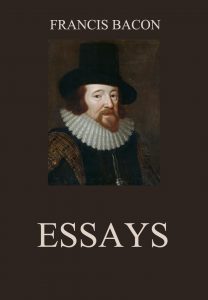