The ‘New Atlantis’, first published in 1627, but probably written between 1622 and 1624, is a fragmentary sketch of an ideal commonwealth, and in particular of an ideal “palace of invention” called “Solomon’s House,”—a great establishment of scientific research such as Bacon longed to see founded. The book, which expresses the idealistic spirit of the Renaissance, shows Bacon at his best. The description of Solomon’s house is said to have led to the establishment of the Royal Society. . 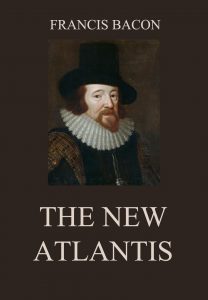