Mr. Chesterton says that “most people either say that they agree with Bernard Shaw or that they do not understand him. I am the only person who understands him, and I do not agree with him.” This book gives the author’s critical opinion of Shaw’s work and also of Shaw, the man whose work is an expression of himself. 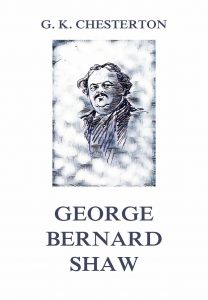