Three centuries have scarcely elapsed since this fair isle, now so far advanced in population, business, and wealth, was possessed by a race of men, little more intelligent than the beasts of the forest. Consequently it must be a matter of very considerable importance to trace the progress of Its strange eventful history, mark the revolutions which time has produced, and transmit the details thereof to posterity. A Long Islander by birth and descended from an ancestry coeval with its first settlement by Europeans, the author has been desirous of presenting to his fellow citizens a series of interesting facts and incidents of olden time, of much intrinsic value and highly worthy of preservation. 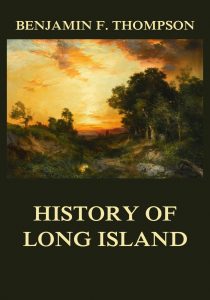