Students of religion will find much of interest in this book; those who care for India in any way will be glad to receive an indication of high Hindu thought in one of the most striking religious movements of the day; while the orthodox Christian will derive some information from the work regarding the attitude of cultured Hindus toward Christianity and its Founder. After reading the book one is inexcusable if his ideas concerning Vedanta are hazy. The lectures are all extremely interesting, the style brilliant, the reasoning often subtle. Whether the philosophy advanced is satisfactory or not to those whose theories are the outgrowth of a different system of thought, Vivekanandas method of presenting it affords an “intellectual pleasure.” 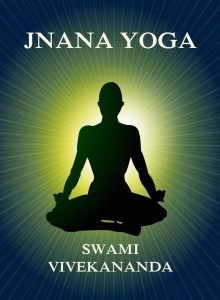 Definition of Jnana Yoga (from Wikipedia):

Jnana is knowledge, and refers to any cognitive event that is correct and true over time. It particularly refers to knowledge inseparable from the total experience of its object, especially about reality (non-theistic schools) or supreme being (theistic schools). In Hinduism, it is knowledge which gives Moksha, or spiritual release while alive (jivanmukti) or after death (videhamukti). According to Bimal Matilal, jnana yoga in Advaita Vedanta connotes both primary and secondary sense of its meaning, that is “self-consciousness, awareness” in the absolute sense and relative “intellectual understanding” respectively.

According to Jones and Ryan, jnana in jnana yoga context is better understood as “realization or gnosis”, referring to a “path of study” wherein one knows the unity between self and ultimate reality called Brahman in Hinduism. This explanation in found in the ancient Upanishads and the Bhagavad Gita.

Jñāna yoga is the path towards attaining jnana. It is one of the three classical types of yoga mentioned in Hindu philosophies, the other two being karma yoga and bhakti. In modern classifications, classical yoga, being called Raja yoga, is mentioned as a fourth one, an extension introduced by Vivekananda.

Of the three different paths to liberation, jnana marga and karma marga are the more ancient, traceable to Vedic era literature. All three paths are available to any Hindu, chosen based on inclination, aptitude and personal preference, and typically elements of all three to varying degrees are practiced by many Hindus.

The classical yoga emphasizes the practice of dhyana (meditation), and this is a part of all three classical paths in Hinduism, including jñāna yoga. The path of knowledge is intended for those who prefer philosophical reflection and it requires study and meditation.