he goal of life is really knowledge, of the reality of things. We are apt to think that it is pleasure, and seeking pleasure in sense-gratification, we meet with so many disappointments and sorrows that we sometimes almost despair and are led to believe that all life is a vain dream with no sure foundation anywhere. It is an endless chain of cause and effect in which we are involved, and from which only knowledge of how to act without producing reaction can ever free us. Karma Yoga is meant to teach us exactly this, to make clear to us first the causes of our bondage, and secondly the method of getting rid of the causes and to avoid the effects. 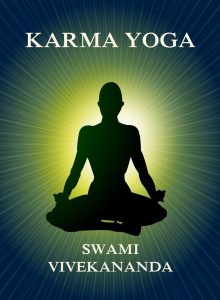 Information on the book (from Wikipedia):

Karma in its Effect on Character
Each is great in his own place
The Secret of Work
What is Duty?
We help ourselves, not the world
Non-attachment is complete self-abnegation
Freedom
The Ideal of Karma-Yoga