John Calvin’s Commentaries On St. Paul’s Epistles To The Galatians And Ephesians 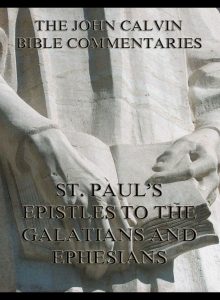 John Calvin’s Commentaries On St. Paul’s Epistles To The Galatians And Ephesians

John Calvin’s Commentaries On St. Paul’s Epistles To The Galatians And Ephesians.