Calvin produced commentaries on most of the books of the Bible. His commentaries cover the larger part of the Old Testament, and all of the new excepting Second and Third John and the Apocalypse. His commentaries and lectures stand in the front rank of Biblical interpretation. The Epistle To The Philippians stands associated with a most interesting event in the history of the progress of Christianity. While the charge given to the Apostles as to the universal promulgation of the Gospel was most explicit, it was in a gradual manner, and for the most part under the guidance of circumstances seemingly fortuitous, that their sphere of labor was extended. The Epistle To The Colossians is generally supposed to have been written by Paul about A.D. 62, in the ninth year of the reign of the Emperor Nero. It bears evidence of having been written during Paul’s first imprisonment at Rome. The First Epistle To The Thessalonians is generally believed to have been the first Epistle written by Paul to any of the Churches of Christ. It appears to have been written towards the close of A.D. 52, about two years subsequently to the introduction of the Gospel into Thessalonica by the instrumentality of Paul and Silas. The Second Epistle To The Thessalonians appears to have been written a short time after Paul’s former Epistle to that Church. The Apostle had learned, that some expressions in his former Epistle in reference to the hopes of Christians beyond the grave had been misapprehended by the Thessalonian converts, as though he had intended to intimate that Christ’s second advent was near at hand. 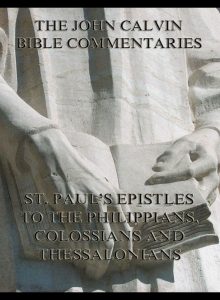