Music of the Wild

Music of the Wild – Gene Stratton-Porter

The same intense love of out-door beauty which makes us all remember Mrs. Gene Stratton-Porter’s stories is shown in this book, a large volume with an ampler range of subject than the title would suggest. To the author’s open mind the “music” of owl and hawk and bat belong to the ” Chorus of the Forest” as well as that of chewink or grosbeak, and her delicate ear catches also the fairy sayings of moth and flower. Her judgment is not warped, because she knows which song is sweetest; but she insists that each angel have his due whether he be black or white. So crow and cricket, hop-toad and katy-did, have their meed of praise. 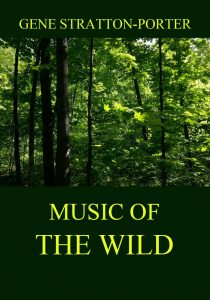 Music of the Wild

Music of the Wild.