The Birds of the Bible

The Birds of the Bible – Gene Stratton-Porter

Gene Stratton-Porter, the Indiana novelist and bird lover, offers the fruits of several years’ loving labor in “Birds of the Bible”, a handsome volume. The riches of bird lore that Mrs. Porter has unearthed will surprise anyone who opens the book. “Birds of the Bible ” is designed for all lovers of birds in general, and lovers of Bible birds and Bible poetry in particular. It contains every reference made to birds in the Bible: describes the location, and explains the characteristics of the bird. In this book, the author, one of the most successful writers of her days, both as a naturalist and a novelist, has made her greatest effort to do something worth while for the world, having given three years to the preparation of the text. 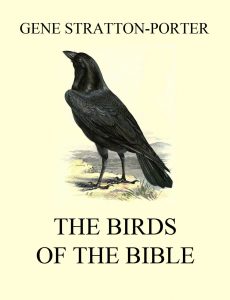 The Birds of the Bible

The Birds of the Bible.