Round the Fire Stories

“If an author might choose his time and place as an artist does the light and hanging of his picture,” says Mr. Doyle, “these tales might well be read ‘round the ﬁre’ upon a winter’s night.” They deal with the grotesque and the terrible. Among the seventeen stories are the following: The pot of caviare, ingenious in its horror; The club-footed grocer; The sealed room; The Brazilian cat; and The lost special. 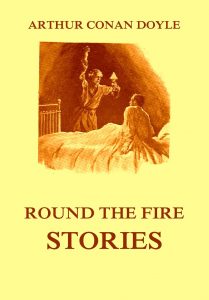 Round the Fire Stories

Round the Fire Stories.