The Adventures of Gerard

The second series of stories dealing with the exploits and Gasconades of the dashing, vain, but very lovable soldier of the great Napoleon. These new stories tell of the Brigadier in Russia, Spain, England, and France; show how he saved the Emperor’s life during the flight from the field of Waterloo, and how six years later he looked for the last time upon the face of bis master. 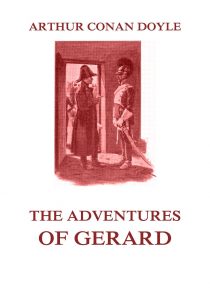 The Adventures of Gerard

The Adventures of Gerard.