The many thousands who have read and admired The Prisoner of Zenda will reach eagerly for its sequel, which has been published under the title Rupert of Hentzau. They will not be disappointed. Sequels of successful stories are frequently weaker and somewhat forced, but in this case it must be admitted that Anthony Hope has given us a book as powerful, vigorous and fascinating as the first. It is a cleverly wrought out romance, resplendent with stirring incidents and ingeniously invented adventures, told with the visor which carries the reader swiftly to the end, and which we are accustomed to find in all of Hope’s writings. The book will doubtless have as large a sale as The Prisoner of Zenda, and will be gladly welcomed by many a person, who after having been wearied by the daily cares, seeks rest of mind and diversion in a good story. 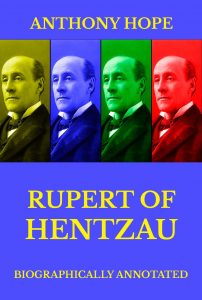