The Campaign of 1776 around New York and Brooklyn

The Campaign of 1776 around New York and Brooklyn -Henry P. Johnston

The site now occupied by the city of New York is pre-eminently “Revolutionary soil.” Very few of our historic places are more closely associated with the actual scenes of that struggle. As at Boston in 1775, so here in 1776, we had the war at our doors and all about us. In the present volume the record of what has occured is given as a single connected account, with many additional particulars which have come to light. This material, gathered largely from the descendants of officers and soldiers who participated in that campaign, is published with other documents in Part II. of this work, and is presented as its principal feature. 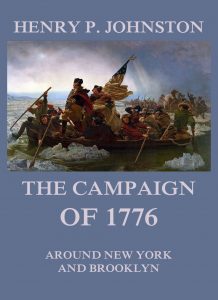 The Campaign of 1776 around New York and Brooklyn

The Campaign of 1776 around New York and Brooklyn.