The City of the Caliphs

The City of the Caliphs – Eustace Alfred Reynolds Ball

Cairo has for centuries been the home of Oriental magnificence and despotism, and still, though fallen from its high estate, it ranks as one of the most typical and picturesque—as well as the wickedest — of Mohammedan cities, while its mingling of Oriental luxury and laissez faire with Occidental bustle and commercial activity, give it a curiously cosmopolitan character. Its manifold aspects of commerce, history, art, and social life are described from intimate acquaintance by Mr. Reynolds-Ball, who tells not only of the city itself, but of its environs and approaches, and who describes the wonderful vista of the Nile from Cairo to the second cataract. 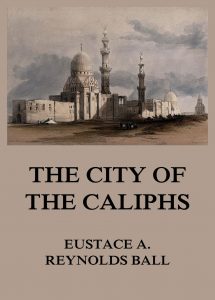 The City of the Caliphs

The City of the Caliphs.