The Gospel in Deuteronomy

The Gospel in Deuteronomy – Henry Law

Henry Law was Dean of Gloucester from 1862 until his death in 1884. He is especially known for his work entitled “Christ is All: The Gospel in the Pentateuch”, which surveys typologies of Christ in the first five books of the Old Testament. It was originally published in 1867. This is part five, dealing with the types in Deuteronomy. 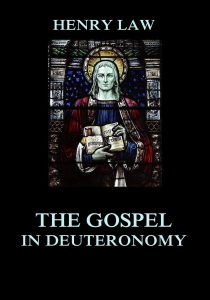 The Gospel in Deuteronomy

The Gospel in Deuteronomy.