Having stripped the rainbow of its primary colors for titles for his annual collection of fairy-tales, Mr. Lang was forced to employ a neutral tint. Besides “The Red Fairy Book,” we have had a Blue, a Yellow, a Green, and a Pink, a ” Blue Poetry Book,” a ” Red True Story Book,” and a ” Red Book of Animal Stories.” A ” True Blue Fairy Book” should have found a place in the series; but this Grey one is negative only in its name and its hue. The stories themselves are full of action and color. They are gathered together from Lithuania and France, from Africa and Germany and Greece, and not only does Mr. Lang stand sponsor for the volume, but Mrs. Lang and Miss Lang have helped translate and adapt it. 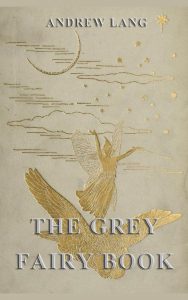