Mr. Hope’s new romance pictures the life of a prince and king under conditions modern, and yet shared by representatives of royalty almost throughout history. The interactions of the people and royalty, the aspirations of the prince, the intrigues surrounding him, the cares of state, and the craving for love, are some of the motives developed, with the accompaniments of incident and adventure, wherein the author proves his mastery of suspended interest and dramatic effect. It is a romance which will not only absorb the attention of readers, but impress them with a new admiration for the author’s power. 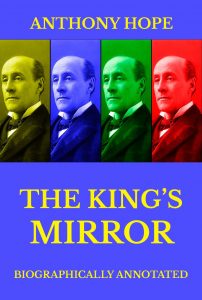