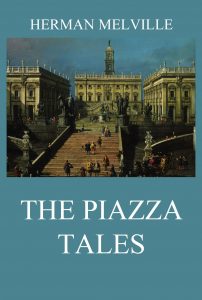 The contract for the book was signed on 17 March 1856, it was advertised on 5 April as “in press” and should have been available by 15 May–though a copy was deposited for copyright on May 20. The volume was printed by Miller & Holman, Printers and Stereotypers, of New York, as a duodecimo volume of 431 pages, excluding seven pages of advertisements for other product by the same publishers. Biographer Parker observes that to reach that number of pages the book was padded out by leaving excessive white space. The front and back covers were ornamented by a border of rules and rosettes. The spine displayed the title, names of author and publishers stamped in gold, and the volume was priced at $1.00. In June the book was advertised together with another as “TWO GOOD SUMMER BOOKS”.

2,500 copies were printed, of which only 1,047 were sold by the end of August, not enough to cover expenses.

In 1922, three years after the centennial of Melville’s birth, the first reissue of the collection appeared as part of the Constable collected edition.

“The Lightning-Rod Man” was chosen for inclusion in William Evans Burton’s Cyclopediae of Wit and Humor of 1857, with an illustration by Henry Louis Stephens. No other original illustration for one of his works appeared during Melville’s lifetime. Resissues of the book, under a variety of titles, appeared until 1898, making “The Lightning-Rod Man” the one Melville tale to be available throughout his lifetime.