The Prisoner of Zenda

The Prisoner of Zenda – Anthony Hope

A glorious story, which cannot be too warmly recommended to all who love a tale that stirs the blood. Perhaps not the least among its many good qualities is the fact that its chivalry is of the nineteenth, not of the sixteenth century; that it is a tale of brave men and true, and of a fair woman of to-day. The Englishman who saves the king … is as interesting a knight as was Bayard…. The story holds the reader’s attention from first to last. 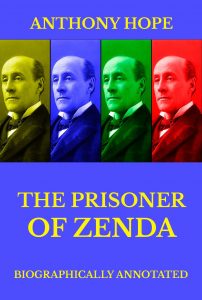 The Prisoner of Zenda

The Prisoner of Zenda.