Mr. Lang’s book is the most curious imaginable. Written in 1691 by a Scotch divine, it is nothing less than a calm assumption of the existence at that time of a commonwealth of elves, fauns, and fairies, whose government, habits, etc., are minutely described upon the authority of “Men of Second Sight” (it is not clear whether the author himself was one of these by virtue of bis being a seventh son), the method of obtaining which gift is also carefully explained. These fairies are of a middle nature between man and angel; they inhabit subterranean abodes, which they change at each quarter of the year. “They are distributed in tribes and orders, and have children, nurses, marriages, deaths, and burials; their apparel and speech is like that of the people and country under which they live; they are said to have aristocratical rulers and laws, but no discernible religion, love, or devotion towards God,” their weapons are most what solid earthly bodies, nothing of iron, but much of stone, like to yellow soft flint spa, shaped liked a barbed arrow-head, but flung like a dart, with great force.” The moral character of these “subterraneans” is minutely described and the conclusion is, “But for swearing and intemperance, they are not observed so subject to those irregularities, as to envy, spite, hypocrisy, lying, and dissimulation.” The author adds to the evidence given by his friends, etc., a letter from Lord Tarbott to the Hon. Robert Boyle, in which many additional instances of second sight are narrated. 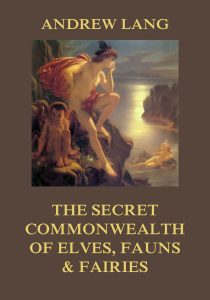